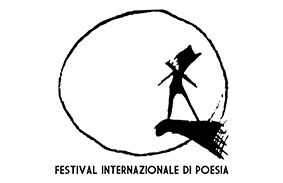 The Genoa International Poetry Festival has been founded by the poet Claudio Pozzani and organized by CVT in 1995 and it is considered the most important event in Italy concerning poetry.

Every year the Festival provides 120 free events such as readings, performances, exhibitions, concerts, workshops, guided tours, projections in more than 30 locations in Genoa and in other towns of the Riviera, for an awerage of 30.000 spectators.

Since 2004 the section “Poetical reconstruction of the universe” presents some possible future scenarios through the participation of poets, writers, creatives, artists, architects, designers, webmasters with seminars, conferences and exhibitions.

The Festival has a special attention and care for poetry in LIS (sign language for deaf), with the section "Ho visto una voce!", (I saw a voice!).

Every year in 16th of June there is the "Bloomsday", the integral reading of the Joyce's masterpiece "Ulysses" by more than 100 readers (amateurs and professional) in 20 locations of the old town of Genoa.

During the first Friday of the Festival there is the "Night of Poetry", with 60 events in the historical buildings and museums of Garibaldi Street, the world famous street that hosts the most beautiful palaces of the noble families of  the XVI century.

The Festival has been awarded with the Catullo Prize in 2012 for the cultural activity and the prize of the Minister of the Culture for the best event for poetry in Italy in 2010.

Starting from 1998, the Festival has given birth to other events with the same format in Belgium, France, Finland, Japan, Austria, Germany.

The mission of the Festival is the development of cultural exchanges in Europe and around the world, encouraging artistic expression in the field of poetry and literature, music and visual arts. The mission is also collaborate with European, national and local organisms, schools and universities and other cultural associations, to facilitate the mobility of young European poets and artists as well as accomplished authors and to encourage reciprocal exchange understanding, as well as broaden the audience for literary events. The diffusion of these authors’ works thereby contributes to a multicultural and multilingual exchange.

The Festival also wants to promote the dialogue between different languages and cultures, by sponsoring the translation and publication of literary and cultural works and texts of live shows.