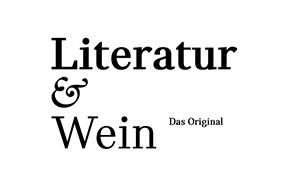 The international cultural festival "Literatur & Wein" was founded in September 1998 and took place for the first time in April 1999 in Schloss Gobelsburg (http://www.gobelsburg.at/). The first event consisted of a Saturday evening programme and a Sunday Lunch time matinée. Up to 400 enthusiastic visitors enjoyed the start of a successful new festival.

Sold out, as the festival was from the beginning, the organizers had to look for a "bigger" venue and found it in famous monastery "Stift Göttweig" (http://www.stiftgoettweig.at/). The original idea was to stage the festival every year in another location, but after being guests at Schloss Grafenegg in 2001 (https://www.grafenegg.com/) and Kloster Und in 2002 (http://www.klosterund.at/) we ran out of suitable locations and returned to our favourite venue Stift Göttweig.

The evening events as a rule take place at monastery Stift Göttweig, the Lunch time matinées we host in our literature house (www.ulnoe.at), which is located in nearby Krems.

In 2015 we added two poetry lines to the festival: an international  one thanks to the "E-MERGING CREATIVITY" programme as well as a sample of poets’ voices from Switzerland, Germany and Austria.

Although our festival is rather a prose festival we had some very famous poets in our programme, such as Friedrich Achleitner, Elfriede Gerstl, Alfred Kolleritsch, Gerhard Rühm, Evelyn Schlag, Julian Schutting and Alois Vogel. Even two of our Austrian poets, which we selected for the "E-MERGING CREATIVITY" programme, Christoph W. Bauer and Semier Insayif had already been on stage at "Literatur & Wein". And also well-known international poets such as Aleš Šteger (Slovenia), Mila Haugová (Slovakia) and Ilma Rakusa (Switzerland) were among our guests.

Not only literature, also music is an essential ingredient to the festival’s success. No matter if modern Viennese "Schrammelmusik" or Jewish Klezmer sounds, or Greek Rembetiko or music from the Balkans – the audience loves this fascinating mixture of literature and music.

And what about the wine, which is part of the festival’s title? The festival takes part in an area which is worldwide known for its wines, mainly white wines. The Wachau region and the nearby Kamptal region host picturesque landscapes and some of the most famous wineries of Austria. Names like Bründlmayer (www.bruendlmayer.at), Jurtschitsch (www.jurtschitsch.com) or Loimer (www.loimer.at) are known all over the world. Our reliable partner for the wine selection, Ursin Haus Langenlois (www.ursinhaus.at), year after year presents a seducing range of typical local wines.

And what about the combination between "literature" and "wine"? Since the beginning of the festival the authors invited may choose a wine, which is presented on stage by the respective winegrower at the beginning of each reading. And as a special gift they get six bottles of the chosen wine!

For many visitors "Literatur & Wine" has become something like an annual short holiday or like a couple put it many years ago: '"Literatur & Wein" is as beautiful as Christmas!'