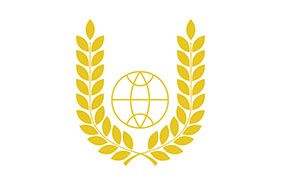 Struga Poetry Evenings are the oldest international poetry festival, which have continually been held in Struga, Macedonia, at the end of August since its start up in 1962. During the past fifty-three years over 5,000 poets, book reviewers, theoreticians, publishers and literature promoters of over one hundred countries from all the continents have taken part in the festival. There is almost no renowned world poet from the second half of the twentieth century and the beginning of the twenty-first century who has not taken part in the SPE, leaving permanent traces in its half-a-century history, and helping the festival grow into one of the most important poetic gatherings in the world.

The festival is founded in a specific historic moment in the sixties, during the "Iron Curtain", at a time when the world was radically divided according to its political, ideological, religious, national and other aspects, when the exchange of ideas and free communication among writers was made difficult or completely obstructed. Propagating poetry and its values, Struga Poetry Evenings play a pricelessly important mission in the eternally divided world, serving even after half a century like a bridge in the poetry created in all the languages. Struga Poetry Evenings soon grows into the only place in the world where such a gathering is made possible, and with it they become the center of such poetic happenings from all the ends of the world, all the contemporary streams of poetry, all the most significant poetic achievements throughout the world, the only such opportunity for presenting all the poetic voices in all languages. Struga becomes a lot more than a small town on the shore of beautiful Lake Ohrid, in the south of yet another Balkan country. In a wondrous way, Struga becomes an inevitable place of the world poetry map, growing into "a world poetry capital", as it was called by many world renowned poets, where poetry enables and encourages cultural dialogue among the languages, nations, cultures and civilizations, a place where a unique holiday in honour and glory of poetry takes place. One of the most significant and the most spectacular performances which takes place at the very beginning of the festival is "Bridges" an international poetry gathering, whose symbolic name reflects that intention and universal message and reason for which the festival was established.

A significant stage in the development of Struga Poetry Evenings happens in 1966, when the festival becomes an institution with clear features both in organizational and conceptual aspects. Strict criteria are established upon which the entire program is created and its participants to the performances are invited. The board of Struga Poetry Evenings, as the supreme organ of the entire festival at the time, with its expert committees: a committee for the programme, the selection, symposium, organization and technical assistance, and jury for presenting the awards as well as other committees, develops its activities according to the programme endeavoring to conceive the performance as well and as tersely as possible. This enables the quick growth of Struga Poetry Evenings and in a short time it becomes an exceptionally significant cultural event in the world of literature, the only international poetry event of that kind.