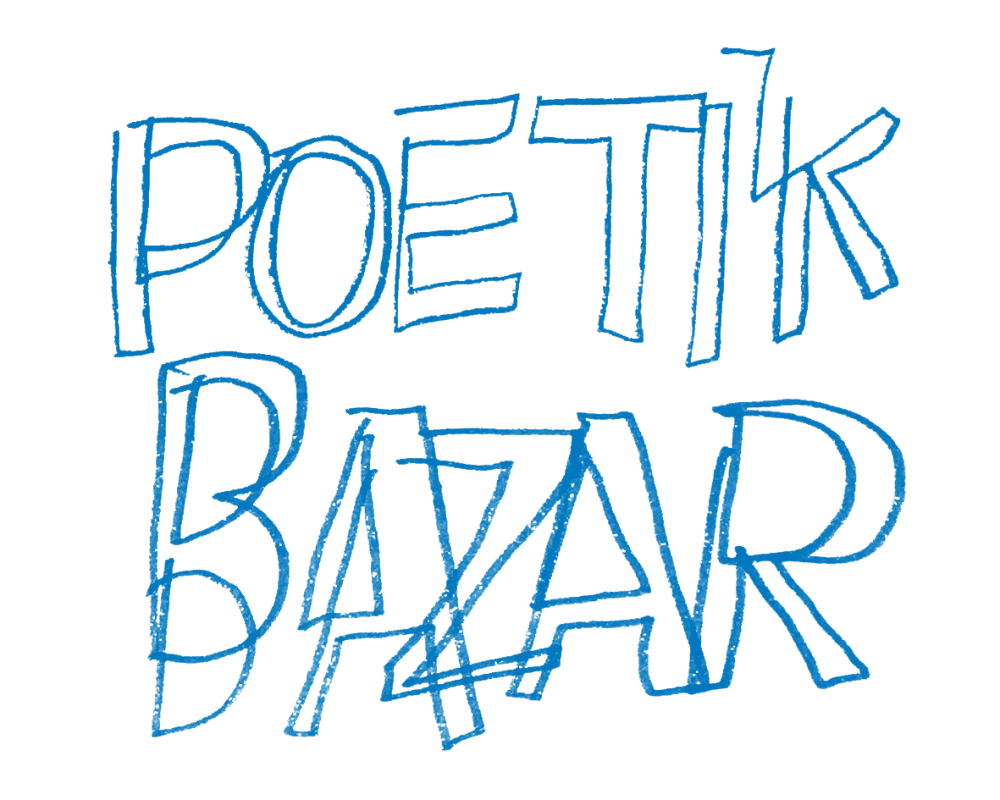 Poetik Bazar is a new and unique bilingual poetry festival in the capital of Belgium and Europe. It showcases Belgian verse from both sides of the linguistic border (Dutch and French) as well as from across Europe, in various forms. For three days, the public has the opportunity to discover the vitality of contemporary poetry at the publishers' fair with lectures, workshops, performances and presentations.

The first edition was in September 2021. The second takes place from Friday 23th until Sunday 25th of September 2022.

Poetik Bazar is being set up in BE-HERE in the suburb ‘Laken’, in an old industrial building (1923) with character that now is a vivid place for various sustainable and cultural initiatives. BE-HERE  is the epicentre of the festival where the poetry market is taking place during the day. At least 40 poetry publishing houses and poetry magazines (Dutch/French) participate. At the market there are also readings and small spectacles. Alongside the events in BE-HERE, there are also initiatives in various places in Brussels and its suburbs.

The Versopolispoets are presented at the openingsevening which take place in the legendary ‘Le Théâtre Poème’, now called ‘La Maison Poème’ in the suburb ‘Sint-Gillis’. Since 1962, many famous authors have lectured there.