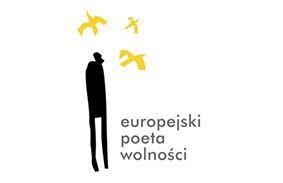 The European Poet of Freedom Literary Festival is a poetry feast for the residents of Gdańsk consisting of a few days of events open to a variety of recipients, both young and old. There are debates, film screenings, concerts, happenings, location-based games, workshops and Q&A sessions with poets and translators. The festival precedes the announcement of the winner of the European Poet of Freedom Literary Award, established by the city of Gdańsk in 2008 and granted every two years. Its aim is to single out artistically exceptional poetic talent dealing with one of our day’s most crucial subjects – the subject of freedom, while at the same time boasting outstanding artistic values. The award (a statuette and 100 000 PLN) will be granted to a living poet from Europe in the geographical sense (including member countries of the Council of Europe), who, in the opinion of the jury, has described freedom as understood in personal, political or religious terms, or as the right to intellectual, emotional and sensual expression in the most original way. The Award for Translator was additionally established at 10 000 PLN during the competition’s second edition.

Every edition of the award, which is granted every two years, considers seven volumes of poetry from seven randomly chosen European countries. The volumes must have been published in their original language within 5 years preceding the given edition of the award. A maximum of three Polish literary translators from each linguistic area chosen for the given edition are invited by the organisers of the award to designate nominees. Each nominated volume is translated and published.